We arrived at Bungle Bungle Caravan Park and got the last powered site. This park is on Mabel Downs Station and has only been there for  2 years. It was very basic park but had all the amenities you needed.

They had a massive bonfire at night and didnt use branches and sticks, they used a whole tree. The Showers were corrogated iron and were not the best ones we had used but they were ok. We were going to drive into the Bungles but after talking to other people along the way we decided a flight would be a better choice.
The road in was apparently really rough because there wasnt much of a wet season last year so it was very corrogated and one of the people that Dad spoke to said that his teeth nearly fell out it was so bumpy. It took them 3 hours to travel 60 kilometers. Charlotte has already lost 4 teeth so we didn't want to risk anymore coming out otherwise she will have to live on soup. Mum thought it might be a good idea as the vibrating might work off some of her extra padding that she has put on. We booked a flight on a fixed wing plane to go over the Bungles at 3pm that afternoon. Our pilot was a young guy (who actually came from Maryborough near Ballarat) who mum thought looked like he was about 17. She would have preferred an older pilot she said later, Im glad she didnt tell me that on the flight. I was terrified and was holding onto mums hand so tight that they turned blue. Even Charlotte was quiet and wasnt saying much as we waited to fly off. The plane
only had 7 seats and it was the smallest plane i have ever been on and it didnt feel as safe as the big ones. After about 5 minutes I opened my eyes and let go of mums hand because I wanted to take some photos. 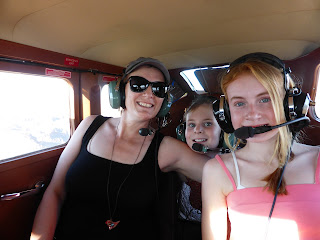 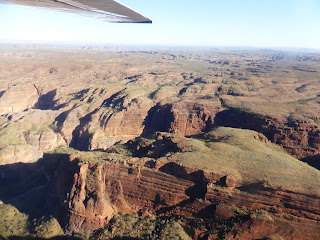 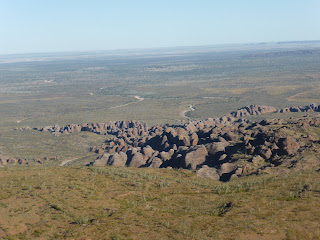 It was the most amazing view of the Bungles and I couldnt believe how big they were.
The Bungles are made up of sandstone and  they are really delicate. They are 350 million years old and were formed by an inland sea over millions of years. They stretch over 33 kilometres and the Purnula National Park covers over 450,000 square kilometers.

They are considered a very special and spirital place by the aboriginals and have been the site of many important rituals for tens of thousands of year however they were only discovered in the late 1970's by white people. They were kept secret until 1987 because the government were worried that mining would destroy them. They are shaped like bee-hives and have massive chasms and gorges through them. 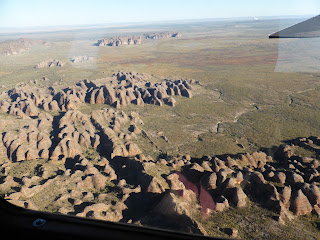 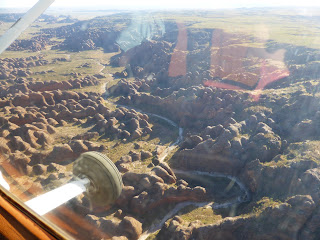 The Bungle Bungles are also World Heritage listed. When we went to land there was lots of cow paddies on the run away and it was a bit bumpy but the pilot said it was better than having the cows on the run way because they are bumpier than their paddies.
We played bottchee that afternoon with the hooler hoop that Hannah and Verity gave me and we had to throw rocks into the centre. Dad thought he would easily win but it was harder than it looked and mum and I were the winners.
Posted by DeanstravelVietnam at 07:57